Top 10 Happiest Countries to live in the World

Canada is still ranked as one of the happiest nations in the world. It did drop two spots from last year. Canada still ranks high across pretty much every category, with great life expectancy married to a still small population. With more than enough room to spread out and find their own corner paradise. According to the report. Part of Canada’s high happiness score. Also comes from its tolerant approach to multiculturalism via programs that promote interethnic understanding.

Austria, in particular in social support, and made great marks on its citizen’s independence and no doubt, helped
By its capital. Vienna, now widely regarded to be the world’s most livable city. 73% of Austrian are satisfied with their lives. Despite high levels of air pollution and schools that are less than stellar. Maybe the lower than average crime rate explains why Austrians feel so good.

Holding steady once again in the eighth spot. New Zealand remains a relaxed, welcoming Wonderland, that loses none of its appeals, whether you’re on vacation or base they’re permanent. The people here don’t place too much emphasis on work, spend lots of time outside, and aren’t overly concerned about personal achievement or stem. New Zealand is also famous for the beautiful landscapes. Outdoor Adventures, including bungee jumping, jet boating, and skydiving, as well as great climate and good food.

Essentially interchange of places with Canada since last year, Sweden has once again benefited from excellent social support and a high life expectancy. The Swedish government with perks such as one parental leave. Free schooling and baby-friendly public areas, health care, as well as a college education are free. And its people claim one of the longest life expectancies in the world.

A country in Northwestern Europe. The Netherlands is famous for its flat landscapes of tulip fields, windmills, and cycling. The country is also well known for its livability, progressiveness, and work-life balance. Famously relaxed and welcoming, their particular brand of lifestyle has propelled them to be the fifth happiest country on Earth. the pace of life and freedom are particularly strong points that put a smile on many residents’ faces.

It’s one of the world’s wealthiest countries and has been well known for centuries for its neutrality, their welfare and health care programs are among some of the best in the world. The average life expectancy is 83. They are multilingual with most citizens understanding German, French, and English. This we see public transportation as a right. They have a bus system that ensures no one in the country has to walk more than 10 minutes to get to public transportation. And of course, Switzerland is also a favorite destination for honeymooners. Read also Best and Important Tips to Make Your Honeymoon Memorable

The island nation is one of the most peaceful nations on Earth. With beautiful landscapes that make you feel like you’re wandering through Middle Earth. By far, the world’s most equality driven country. The isolation of Tiny Iceland has been a boon rather than a burden to its equally small population. Iceland offers a relatively low-income tax, free health care, and free higher education to its citizens.

Norway is consistently described as Europe’s most beautiful country. Phenomenal social support and freedom and a regular top spot in the world’s prosperity. Norway also provides free education, public pensions, and universal health care for its residents and is widely considered to be an exemplar of social and economic success. People in Norway rely on their government for a great deal of social support and live a long life. Both the poverty rates and the gender pay gap are amongst the lowest in the world.

Benefiting from an excellent life expectancy. And one of the smallest wealth gaps in the world. Denmark got to have its eye on the top spot for 2020. Denmark is a small country with a very low crime rate and less fear of crime. The Danish are generally well educated and well informed. With a stable government, low levels of public corruption, and access to high-quality education and health care, Denmark is considered the happiest country in the world. The country does have the highest taxes in the world. But the vast majority of Danish happily pay. Its belief in Denmark that higher taxes can create a better society.

Finland is considered one of the most peaceful countries in the world. It has the highest quality of life. The country of about 5.5 million people is home to around 300,000 foreign nationals with their largest immigrant Group, from other European nations. It is the only country in the developed world where fathers spend more time with school-aged children than mothers. In particular, the generosity of its people, with little to no corruption and high GDP. Married to the extraordinary freedom offered by its landscapes and social structure.

A financial professional and a part-time blogger. Conquering the world shouldn’t be expensive, he believes. 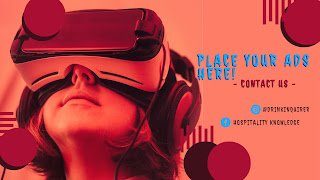